QYOU Media: A Dominant Player On One of the World’s Highest Growth Markets 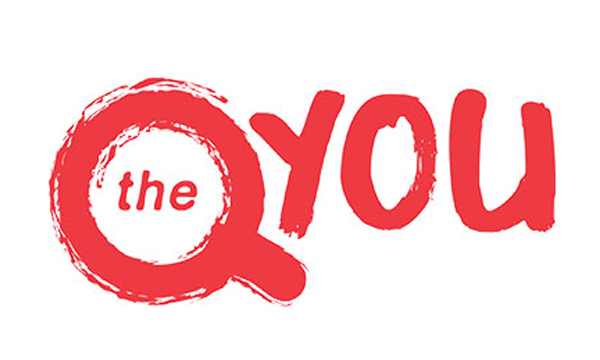 QYOU Media: A Dominant Player On One of the World’s Highest Growth Markets

In one of my recent Stock Talks, I touched on an exciting investment opportunity that is sweeping the global media landscape, known as QYOU Media (TSXV: QYOU). QYOU is a venture-listed equity operating in India, Canada and the U.S. that produces and distributes exclusive content created by social media influencers and digital content creators. In India alone, advertising is a U.S. $10 billion business and influencer marketing accounts for 10% of this market.

With an aggregate number of followers that currently hovers around 700 million, QYOU distributes its exclusive content through a variety of mediums including satellite and cable television networks, Video On Demand (VOD), Over-The-Top (OTT) and mobile platforms.

Focused on their Q India offering – the company’s Hindi language youth-oriented channel that is made available through satellite and cable TV, VOD, OTT and mobile platforms – QYOU is tapping into a unique growth opportunity within the young Indian market, aged 13-30. This market currently represents the largest demographic subset of the country as approximately 65% of India’s population is under the age of 35 while millennials account for an additional 22.73%.

Further underpinning this unique growth opportunity is the fact that India’s digital media and entertainment landscape is exploding and will only continue to do so over the next 5 years. This is in part due to increased access to disruption-free mobile and high-speed internet as well as evolving consumer preferences.

Data suggests that the large majority of consumers in India prefer to receive content online, through free media platforms or OTT channels. In fact, India has the second-highest number of Internet users in the world which increases by 13% each year.

By zeroing in on one of the world’s highest growth markets, QYOU offers small cap investors a unique opportunity to capitalize on favourable demographics in a region where media and entertainment is booming vs. North America and Europe, where growth in these industries has become somewhat stagnant.

QYOU Media has partnered with 3,000 + social media influencers to develop creative campaigns that are amplified across a diverse mix of media channels. Influencer Marketing accounts for 10% of the $10 billion advertising industry in India.

QYOU partners up with major brands and leverages a multi-platform distribution model to provide these brands with a unique advertising opportunity – namely, the ability to display a consistent message across a dynamic mix of mediums that have traditionally existed in silos. Partnered brands are able to create custom integrated and influencer marketing campaigns that are displayed across platforms simultaneously.

Through a multi-platform distribution approach, QYOU is able to offer brand partners a unique opportunity.  Namely, the ability to display consistent messaging across a variety of mediums that have traditionally existed in silos.

This model led to the company’s partnership with the largest ad network in India – Mediology. As part of this partnership, Mediology drives advertisement sales across QYOU’s television network, mobile and OTT platforms. Mediology’s Readwhere AdExchange is India’s largest Google Certified Channel Partner, positioning the company to generate higher ad revenues than competitors in this space.

QYOU has also solidified several distribution partnerships with television networks across India including Tata Sky, Airtel DTH, SitiNetworks and DD Free Dish; OTT platforms including ShemarooMe, MX Player, ZEE5, and Dish Watcho; and mobile platforms including Snap, JioTV, Airtel Xstream, Amazon Fire TV and Chingari. These partnerships have enabled QYOU to disseminate their data which consists of over 850 programs to 700 million homes and devices across India.

Like many other large media firms, QYOU experienced some negative impacts as a result of COVID-19 such as loss of contracts and revenue. For the three months ending December 31, 2020, revenue was $968,139 up 148% as compared to $390,950 in FY Q1 2021 and down 2% from $986,341 for the three months ending December 31, 2019.  Despite these challenges, the company’s Q India subsidiary continued to experience rapid growth this year in terms of ratings, distribution and revenues.

In February of this year, QYOU reported that it hit a new rating high of 4.4 Gross Rating Points (GRP), to continue its ascent as the fastest growing youth channel in India. Weekly impressions have now grown to over 25.3 million as viewers continue to select QYOU over competitive media players such as Disney and MTV. Average viewing time now sits at 69 minutes, which is nearly double that of some competitors.

These impressive results should be considered against the backdrop of the fact that QYOU has less than 50% of the total distribution footprint of other youth-focused channels within India. As a result, on a per household basis, Q India posts the strongest results in the country, with distribution expected to continue to grow throughout 2021.

Furthermore, the company’s viewership on Chingari, which is essentially India’s version of TikTok, has crossed 100 million views, while its subscriber base has expanded to over 180,000 users. In January alone, 70,000 subscribers were added who collectively viewed QYOU content 55 million times.

Chingari initially launched in 2018 and their user base exploded in 2020 when TikTok was officially banned in India – the app is now available to over 45 million users. QYOU entered a partnership with Chingari in Q4 of 2020 to launch their @theqofficial channel.

Further expanding its viewership, QYOU signed a distribution agreement with DD Free Dish in March 2021 which nearly doubled its household reach and added 38 million viewers. At the beginning of the year, the company also announced $200k in ad insertion orders with premium advertisers that included Airtel, Britannia and SBS Biotech. Additional new campaigns are expected to launch throughout 2021.

In other exciting news this year, QYOU completed a fully subscribed bought deal financing for $11.5 million including an over-allotment led by investment banks Clarus Securities, Canaccord Genuity and Gravitas Securities.

In connection with the offering, QYOU Media issued a total of 41,071,560 units which were sold at a price of $0.28 per unit for aggregate gross proceeds of $11,500,037. The net proceeds from the offering will be used towards QYOU’s U.S. influencer marketing business, the continued build-out of QYOU’s India operations, and as general working capital.

Just a few days ago, QYOU announced that it had entered into an agreement with Brand Capital International (BCI) to invest U.S. $2 million, subject to Reserve Bank of India approval, with an option to invest an additional U.S. $6 million in 2023 and 2024.

BCI is the strategic investment arm of Bennett, Coleman & Co. Ltd., pioneered by The Times Group, which is India’s largest media conglomerate. The 183 year-old media company reaches over 700 million people every month and utilizes a pioneering investment model that supports long-term brand-building efforts for businesses expanding across India.

One of QYOU’s major assets is its seasoned management team that is leveraging decades of experience in the media industry to move the company in the right direction.  Curt Marvis, CEO and Co-Founder of the company is the former President of Digital Media for Lionsgate Entertainment as well as a recipient of the MTV Video Vanguard Award for Lifetime Achievement. He also previously held a position with the IBM Multimedia Taskforce and is the co-founder and former Executive Vice President of Powerhouse Entertainment.

G. Scott Paterson, Chairman and Co-Founder of QYOU is a Toronto-based technology and media venture capitalist who currently sits on the Board of Directors for Lionsgate, FutureVault Inc., Symbility among several others. A recipient of the Top 40 Under 40 Award, Scott’s track record includes becoming Midland Walwyn’s most productive banker and the #1 rated broker at Dominion Securities Pitfield. He also transformed Yorkton Securities from a mining-focused brokerage firm into Canada’s leading technology investment bank.

With a focus on continuing to solidify its dominant position in India’s rapidly growing digital and media landscape, QYOU will have a lot more exciting news to share soon. I’ll also be sitting down with Curt Marvis on an upcoming In Conversation to learn more so stay tuned!

Securities Disclosure: I, Andrew O’Donnell own shares to this company and have been paid for this article.

General Disclaimer: I am not a certified financial analyst, licensed broker, fund dealer, Exempt Market dealer nor hold a professional license to offer investment advice. We provide no legal opinion regarding accounting, tax or law. Nothing in an article, report, commentary, interview, and other content constitutes or can be construed as investment advice or an offer or solicitation to buy or sell stock or commodity. These are all expressed opinions of the author. Information is obtained from research of public media, news, original source documents and content available on the company’s website, regulatory filings, various stock exchange websites, and stock information services, through discussions with company representatives, agents, other professionals and investors, and field visits. While the information is believed to be accurate and reliable, it is not guaranteed or implied to be so. The material on this site may contain technical or inaccuracies, omissions, or typographical errors, we assume no responsibility. SuperChargedStock.com does not warrant or make any representations regarding the use, validity, accuracy, completeness or reliability of any claims, statements, or information on this site. It is provided in good faith but without any legal responsibility or obligation to provide future updates. I accept no responsibility, or assume any liability, whatsoever, for any direct, indirect, or consequential loss arising from the use of the information. All information is subject to change without notice, may become outdated, and will not be updated. A report, commentary, this website, interview, and other content reflect my personal opinions and views and nothing more. All content of this website is subject to international copyright protection and no part or portion of this website, report, commentary, interview, and other content may be altered, reproduced, copied, emailed, faxed, or distributed in any form without the express written consent of Andrew O Donnell.