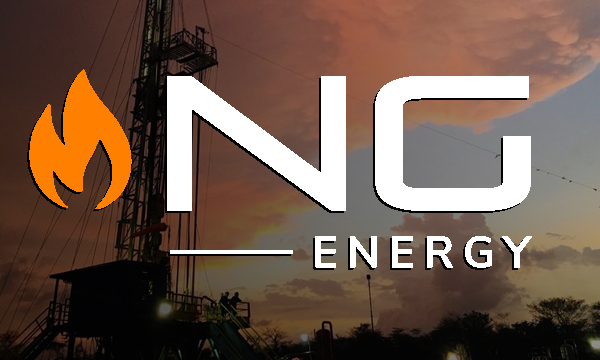 The rise of renewable energies is an exciting phenomenon that has garnered much media attention and has been reflected in the stock market as solar and wind producer Nextera Energy (NEE) became the largest energy company in the world in 2020, eclipsing both EXXON and Chevron (CVX). In parts of the world, generous policies and incentives have supported the shift towards renewables, resulting in solar becoming one of the cheapest source of energy available.

While I am a major proponent of the renewable energy sector, I think it’s important to note that the path to renewables is not entirely straightforward, and that demand for oil and gas is not going anywhere soon. The sector is expected to make a major recovery over the next few decades. Even U.S. President Joe Biden was quoted as saying, “we’re not getting rid of fossil fuels for a long time.”

Transitioning away from coal in developing countries

The bottom line is that oil and gas is as industry that investors should continue to keep their eye on, as there is money to be made here, particularly as coal-dependent countries such as Columbia, one of South America’s largest coal producers, strive to transition to the cleaner, more environmentally-friendly oil and gas to power their communities.

In Columbia today, more than 1.6 million families cook with wood or coal, and roughly 500,000 families don’t have access to any form of energy. On the heels of the Paris Agreement, in which Columbia set a target to reduce CO2 emissions by 20% by 2050, the country’s new government has implemented regulations to promote and support the oil and gas sector.

Natural gas emits 50 to 60 percent less carbon dioxide (CO2) when combusted in a new, efficient natural gas power plant compared with emissions from a typical new coal plant. According to Bloomberg calculations from March, 2020, coal is also now the world’s most expensive fossil fuel. Delivering domestically-sourced, affordable oil and gas powered energy across Columbia would significantly improve quality of life within local communities while allowing the country to reach its emission reduction targets.

NG Energy: Delivering the transition fuel of the future

This Canadian listed company is focused on becoming the dominant leader in South America, with no wish to trade in North America or Asia, eliminating any concerns around global trade and growth.  NG Energy has the platform in place and the ability to deliver cleaner solutions to its market, with properties located close to major infrastructure. I covered NG Energy in one of my recent Insights, and the company has more exciting news to share in 2021.

NG Energy has a market cap of $74,514,790 as of October 20, 2020 and although trading volume is not as high as it could be, this is simply because the company has been flying under the radar, with little promotion, providing investors with an opportunity to get in on the ground floor before the company gains notoriety. In addition to strong technical expertise focused on Columbian basins, NG Energy has strong capital market expertise, with a successful track record of leading large public resource companies.

I recently had the good fortune of sitting down with NG Energy’s Executive Chairman Ronald Pantin. In this interview, he explained that “natural gas is a transition fuel for the future. As the transportation sector continues to move towards electric energy, we will need oil and gas to produce electricity. Columbia represents a unique opportunity because there is currently high demand for oil and gas, as well as low supply. This situation is related to challenges posed by a major hydro project in the country, Hidroituango, which caused drastically reduced water flow. As such, the government is determined to increase the domestic supply of oil and gas.”

This was significant news as the company transitioned from an explorer and developer to a producer of natural gas from their first well at the property. The company expects to have the infrastructure in place to begin delivering gas to the market by the end of the first quarter of 2021, and the pipeline facilities will have a capacity of 20 million cubic feet per day (mmcf/d).

As part of the Memorandum of Understanding (MOU) with GTX,  NG Energy will also enter into a take-or-pay agreement in which they will agree to transport, or pay for, 16 mmcf/d through the pipeline facilities for a period of six years at a tariff of US$0.90 per thousand cubic feet (kcf) of gas.

Backed by strong financing, NG Energy also recently announced an agreement with Beacon Securities Limited who will serve as lead underwriter and sole bookrunner on behalf of a syndicate of underwriters including Canaccord Genuity Corp. and Eventus Capital Corp., pursuant to which the Underwriters have agreed to purchase, on a bought deal private placement basis, 7,400,000 units at a price of $1.15 per unit, for aggregate gross proceeds of $8,510,000.

As part of the deal, NG Energy granted the Underwriters an option to purchase up to an additional 1,110,000 units, for additional gross proceeds of up to $1,276,500. The company intends to use the net proceeds of the offering, which is expected to close next month, for working capital and general corporate purposes.

This year, NG Energy announced a non-brokered private placement of 4,072,823 units at a price of C$0.85 per unit, for gross proceeds of C$3,461,900. Each unit consists of one common share and one half of a share purchase warrant, with each full warrant entitling the holder to purchase one additional share at a price of C$1.50 until December 29, 2023. Net proceeds of C$3,461,900 relate to exploration endeavors at one of the company’s properties known as the SN9 block. The proceeds are constituted by a US$2.5 million deposit previously received in October 2017 by a subscriber group consisting of Strata Consulting Inc. in the amount of C$520,000 and an investment from Flamingo Oil S.A. in the amount of C$2,941,900.

Flamingo is an Oil and Gas company with more than 19 years of experience in Colombia developing well testing operations, production facilities construction and operations. It has developed, undertaken and executed major oil and gas projects including EPC facilities for managing up to 1 million barrels of fluid per day.

As I covered in my previous Insights, NG Energy has three significant assets offering near-term production and cash flow with significant exploration upside.  To recap, the company has an 80% working interest in the Maria Conchita property, neighboring one of Columbia’s largest fields with more than 900 MMboe in reserves, accounting for 40% of Columbia’s natural gas output. Estimates suggest a potential 81 Bcf (billion cubic feet) of natural gas at Maria Conchita, best case peak production between 20 to 30 MMcf/d (million cubic fee per day), US$130 MM AT NPV10%, and an after-tax IRR >100%.

In August 2020, the Company successfully re-entered the Aruchara-1 at Maria Conchita and hit a substantial amount of gas. They are currently raising a US$10 million debenture to construct production facilities and a 14 km pipeline connecting the Maria Conchita field to national infrastructure. Based on initial testing, Aruchara-1 is projected to produce between 14 – 20 MMcf/d.

In the company’s latest press release, it was announced that the technical team working alongside external consultants had finalized a study to evaluate the formations in the Maria Conchita field as a whole. The study was focused on determining the resources associated with prospective areas, to establish new drilling locations. Based on this study, it was determined that new prospective resources might exist that could reach a global total of 200 BCF, including the current certified reserves value (34,6 BCF).

The study also identified five new potential drilling locations. Based on an evaluation of one of the property’s wells known as Istanbul-1, NG Energy has decided to embark on an exploration program to re-enter the well beginning the second week of February, 2021.

This, along with construction of the production infrastructure, and the start of production for the property’s Aruchara-1 well, will lead to an increase in the field’s production capacity. Leveraging these results, the Company is currently reviewing its options to define the optimal development plan for the Maria Conchita field.

NG Energy has a 72% working interest in Sinu 9 which is adjacent to Canacol’s large producing gas field with reserves of 559 Bcf and production of 200 MMcf/d. The area has excellent infrastructure with open access to national gas pipelines and a reliable electricity grid.

The company has identified four near-term drilling locations on this property including Magico, Mago, Hechicero, and Hechizo. It is estimated that there are 32 additional wells to be drilled with best estimates of 1 Tcf of natural gas, 180 MMcf/d best case peak production, US$600+ MM after-tax NPV10%, and an after-tax IRR >100%. Drilling and testing of the first two wells, Magico and Mago, are planned for Q2-Q3 2021, and these will serve as major catalysts for NG Energy as it tests its crown jewel asset.

Tiburon is a massive target surrounded by gas giants. It is neighbored by Colombia’s largest field to the south, Orca to the north-west and Perla to the east. NG Energy’s management team estimates a potential 2 Tcf of natural gas at Tiburon where the company has a 10-40% working interest. They estimate best case peak production of 400 MMcf/d, after-tax NPV10% of US$4+ Billion and after-tax IRR of 50%. As a next step, NG Energy will be pursuing a seismic survey and securing a farm-in partner.

It’s important to remember that oil and gas remains a pivotal part of the energy mix, especially in developing regions. Continued expected growth in global energy demand will likely outpace the supply of alternative, non-fossil sources of energy for the foreseeable future.

Companies such as NG Energy are playing an important role in the shifting landscape of energy supply by diversifying business models to emphasize coal-to-gas switching, and organizing messaging around the value of oil and gas companies in building the next generation of clean energy resources and technologies.

Securities Disclosure: I do have a sponsorship relationship with this company and have been paid for publishing work. I also have bought stock in the open market.

General Disclaimer: I am not a certified financial analyst, licensed broker, fund dealer, Exempt Market dealer nor hold a professional license to offer investment advice. We provide no legal opinion regarding accounting, tax or law. Nothing in an article, report, commentary, interview, and other content constitutes or can be construed as investment advice or an offer or solicitation to buy or sell stock or commodity. These are all expressed opinions of the author. Information is obtained from research of public media, news, original source documents and content available on the company’s website, regulatory filings, various stock exchange websites, and stock information services, through discussions with company representatives, agents, other professionals and investors, and field visits. While the information is believed to be accurate and reliable, it is not guaranteed or implied to be so. The material on this site may contain technical or inaccuracies, omissions, or typographical errors, we assume no responsibility. SuperChargedStock.com does not warrant or make any representations regarding the use, validity, accuracy, completeness or reliability of any claims, statements or information on this site. It is provided in good faith but without any legal responsibility or obligation to provide future updates. I accept no responsibility, or assume any liability, whatsoever, for any direct, indirect or consequential loss arising from the use of the information. All information is subject to change without notice, may become outdated, and will not be updated. A report, commentary, this website, interview, and other content reflect my personal opinions and views and nothing more. All content of this website is subject to international copyright protection and no part or portion of this website, report, commentary, interview, and other content may be altered, reproduced, copied, emailed, faxed, or distributed in any form without the express written consent of Andrew O Donnell.