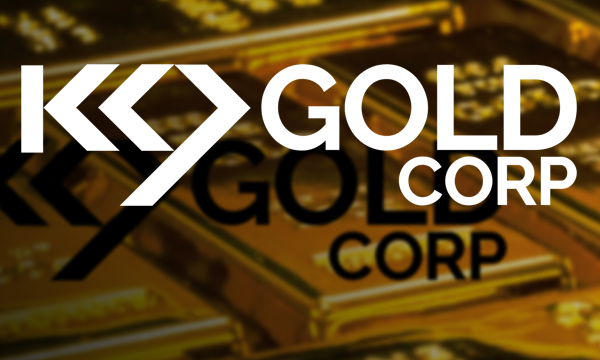 Widely considered a safe haven asset, gold appears to be on track for a bull run in the face of growing inflationary pressures. At the same time, this resource is getting harder to come by due to rising extraction costs and the fact that deposits are often located in unstable or remote regions. This is part of the reason why investors are turning their attention to the east coast.

The Newfoundland gold belt is one of the most prolific gold bearing regions in all of North America, offering a safe, stable environment and a relatively low cost of mining near surface resources. The island is rated as a top exploration and mining jurisdiction and is experiencing a modern-day gold rush that’s continuing to intensify.

One player in this region that I’m particularly excited about is K9 Gold Corp., (TSX-V: KNC), a junior explorer and developer that owns 100% interest in the Stony Lake project based in Central Newfoundland, Canada’s newest orogenic gold district.

For investors seeking a junior gold opportunity with explosive growth potential, this is a great time to get in on the ground floor. Significant discoveries in this gold district continue to be added and investors have been pouring in, triggering big gains for early entries.

K9 Gold, who recently became a member of the Newfoundland. Gold Strategic Alliance, is right in the heart of the action, having secured a massive 50 square mile land package in an emerging trend where millions of ounces have already been discovered along neighbouring properties to the north and south.

The company is backed by strong financing and has secured multiple private placements including a $3.86 million deal backed by Palisades Goldcorp with funds managed by Sprott Asset Management LLP. This was followed by a $2.25 million private placement with participation by Eric Sprott who now owns and controls roughly $12.6% of the company.

K9 Gold’s Stony Lake property lies in the heart of a prolific new gold trend in northern Newfoundland. Neighbouring companies are already posting huge gains for their shareholders as discoveries and resources are announced.

The Stony Lake project lies within the Exploits sub-zone of the Cape Ray/Valentine Lake structural trend in Central Newfoundland, parallel to New Found Gold’s Queensway project along the prolific Dog Bay Line. The property covers 13,625 ha and 27 kilometres of highly-prospective land between Sokoman Resources’ Moosehead discovery to the northeast and Marathon Gold’s Valentine Lake deposit to the southwest.

As far back as 1989, Canada’s largest resource mining company, Teck Resources, explored what is now the Stony Lake property and reported favourable gold findings in the 43-101. Since then, recent and historic exploration has documented millions of ounces of gold resources along this shared trend which is also home to robust infrastructure.

Ground prospecting and sampling uncovered eight areas of highly anomalous to high grade gold mineralization on the property, (15.05 g/t). This was followed by systematic exploration, carried out with a property-wide airborne geophysical survey and extensive soil sampling. Results led to the interpretation of about 100 anomalies, at least ten of which were rated as high priority drill targets.

A 5,000 metre drill program then kicked off in late June, and the company announced encouraging results which included 5.5 g/t Au over 4.0m in the Deliverance Trench discovery zone. A 10m wide zone of moderate to intense oxidation was uncovered, along with one major vein system that exhibited intense FeO oxidation and clay alteration with 5-10% pyrite.

Similar parallel signatures at Twin Ponds and Moonlight discovery zones indicate excellent potential for additional discoveries on the property. Based on these results, K9 Gold has applied for a permit to increase its current drill program from 5,000 to 10,000 metres.

In the heart of the gold rush

As the Newfoundland gold rush continues to heat up, neighbouring companies are posting huge gains for shareholders. Immediately to the north of K9 Gold’s Stony Lake property, Sokoman Resources announced 2021 exploration results for its Moosehead project which spiked share prices from roughly 11¢ to 75¢ CAD. A few weeks later, the company announced additional high-grade results at the same location.

This past October, exploration from initial step-out drilling at Moosehead continued to intercept significant gold mineralization including 22.3 g/t over 41.35 metres and 31.2 g/t over 18.85 metres. Well above typical economic cut-off grades, these results point to the enormous gold mineralization potential in the Exploits Valley Gold Trend.

On the opposite end of Stony Lake, Canterra Minerals announced an option agreement to acquire 100% working interest in the East Alder Gold Project from Sokoman Resources which bears a 2 kilometre gold-in-soil trend continuous with the gold-in-soil anomaly from Canterra’s Wilding Project.

Canterra saw a rush of new investing that almost doubled its shares in June.

On the southern portion of the Exploits Valley Gold Trend, Marathon Gold was the first company to announce exploration results along the trend, which caused its shares to skyrocket by 620.14% over the past 5 years. The greatest percentage of these gains was achieved in recent months, resulting from a 43-101 compliant measured and inferred resource calculation exceeding 4 million ounces of gold.

This is exciting news for K9 Gold, as their Stony Lake property is located along the same trend as Marathon, and both historical and updated exploration work suggests significant undiscovered gold potential.

Marathon Gold’s shares have skyrocketed by 620.14% over the past 5 years.

What’s also exciting about Stony Lake is the fact that the property has been described as geologically analogous to New Found Gold’s Queensway project which lies east on a parallel gold trend. New Found Gold got an early start in the region, launching its sampling program in 2016 and releasing numerous gold findings that culminated in a jumpstart on share price growth.

K9 Gold, on the other hand, is just getting started with stock prices hovering around 40¢ per share, providing an optimal entry point with massive upside potential as results of ongoing exploration work trickle in. Stay tuned for the latest drill program results coming soon!