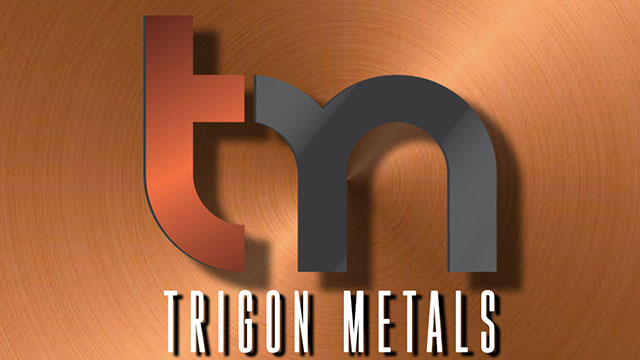 These days, everybody’s talking about copper. http://t.ly/xU0t An excellent conductor of heat and electricity, copper has underpinned the progression of our society since the dawn of civilization. In today’s world, sustainable energy and de-carbonization initiatives are driving demand upwards and it’s predicted that prices will reach as high as US$5.87 per pound by the end of this year.

SUBSCRIBE to our newsletter to get notified about our latest picks!  http://t.ly/pU0a

While price and demand continue to rise, copper production has started to slow down. Over the past 40 years or so, most copper mineralization has been derived from mines in Chile and Peru which have started to mature and produce lower grades. As a result, the world is turning its attention to Africa to develop and supply this essential red metal.

One company that’s in the heart of this action is Trigon Metals (TSX-V: TM), a Canadian-based explorer and developer focused on copper and silver holdings in mining-friendly African jurisdictions including Namibia and Morocco.

Trigon aims to aggressively advance towards development scenarios based on historic data and technical planning, and they’ve assembled an exceptional management team to make this happen. The team is led by President & Director Jed Richardson, a mine engineer with decades of experience both internationally and within the continent of Africa.

Trigon’s mining and prospecting licences cover an area in excess of 7,500 ha in a region of Namibia that’s widely recognized for its high-grade copper deposits. The company is currently focused on exploration and re-development of its flagship project, the Kombat Mine, which is considered one of the most prominent copper mines in the region, having produced 12.5 million tonnes of ore, grading 2.6% Cu from 1962-2008.

In Morocco, Trigon is the holder of the Silver Hill copper-silver exploration project which offers potential for a large jump in market cap. Stretching 16 square kms, preliminary surface exploration has shown high grade copper and silver mineralization distributed over a wide surface area.

Leveraging these assets, Trigon plans to establish itself as a mid-tier producer with room to grow as the company explores additional projects in Africa, while the Kombat re-boot supplies a source of cash without constant capital raises.

Production potential at the Kombat Mine is estimated at 50 million pounds of copper annually, with a mine life that will span roughly 70 years. There’s a known reserve of 700,000 tonnes of copper on the property.

Trigon recently announced an updated 43-101 Mineral Resource estimate at the Kombat Mine which increased indicated tonnage by 66%, copper by 113% and silver by 2,253%. These results marked the first comprehensive estimate of silver grades at Kombat, generating an in-situ Indicated Mineral Resource estimate of 5.3 million ounces of silver, a by-product to the contained 482 million pounds of in-situ copper. This equates to an in-situ value of $150 million in silver and $1.5 billion in copper.

Kombat’s success will be significantly enhanced by the mine’s onsite infrastructure which has resulted in material cost savings for the company in terms of establishment capital. As a previous operational mine that was placed in care and maintenance in 2008 due to the economic downturn, the mine consists of three vertical shafts, a processing plant, extensive underground workings, mine buildings, a mill and a concentrator.

The Kombat Mine benefits from robust onsite infrastructure which has resulted in material cost savings for Trigon Metals in terms of establishment capital.

Kombat is highly accessible through a road and rail connection that will simplify the process of getting the product to market. It also benefits from access to a skilled labour pool, an ample supply of electricity, and plenty of water.

And the project’s benefits will extend beyond company shareholders – the Kombat Mine will also make a notable contribution to surrounding communities. Water from the dewatering process will be used to irrigate crops and the Namibia Water Corporation will transport water to local communities through its existing infrastructure. Trigon’s local partner is also actively working on a redevelopment plan with the hopes of developing a commercial greenhouse.

To date, permits have been received, the team is in place, and modifications to the processing plant are well underway to prepare for the arrival of new equipment. The construction of a new tailings storage facility has also progressed according to schedule, and the company has arranged for the installation of a 2.5 MVA power supply.

The project is on track in terms of both timelines and budget, with a target to enter production by the end of 2021. Trigon is also in advanced stage discussions with a metal trading group for a financing facility and concentrate offtake once the Kombat Mine is in production.

Trigon’s Silver Hill project in also one to keep your eye on. Based in a mining-friendly region of Morocco that’s well known for base metal occurrences, Silver Hill is a high-grade exploration project that boasts strong silver showings over a wide surface area. Historical activity on the property focused only on the superficial part of the mineralization, and there remains massive potential at depth.

The company has initiated its own program at Silver Hill to test the extent of copper and silver mineralization which includes drilling and systematic surface sampling. Some highlights from this program include:

Trigon also recently released assay results from the last of four fences drilled at the property, on the eastern extent of the drilling campaign. Each of the holes demonstrated strong mineralization and two of the four holes showed 30 metres of continuous mineralization, with highlights including 32 metres of 0.77% copper and 28.5 g/t silver, and 30 metres of 0.73% copper and 21 g/t silver.

The area drilled lies within 2 kms of the project’s high-grade trench that demonstrated 13 metres of 2.7% copper, 34.5 g/t silver, and 82ppm cobalt. Trigon’s work over the coming months will focus on determining if the two zones form one continuous zone of mineralization, parallel structures, or separate but related bodies.

Considering the current tightness in the copper market and global slow down in new concentrate production, Trigon is offering shareholders an exciting opportunity to capitalize on these past producing projects that are demonstrating serious upside potential. Stay updated on Trigon’s progress at trigonmetals.com.