GlobeX Data: A New Era of Cybersecurity and Internet Privacy 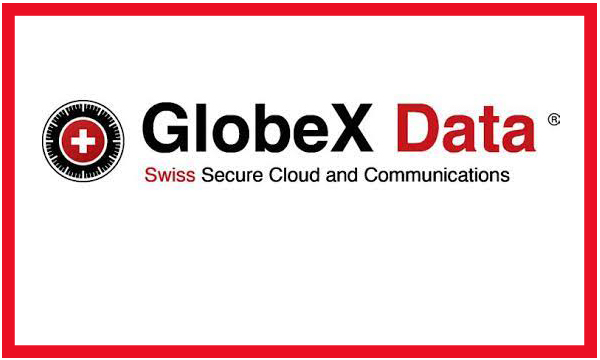 GlobeX Data: A New Era of Cybersecurity and Internet Privacy

Now more than ever, cybersecurity is on everyone’s mind. While cyberattacks and privacy breaches have posed a threat ever since we entered the digital age, the COVID-19 pandemic has ushered in a whole new world of risk.

The shift to working remotely has caused a greater reliance on technology yet many organizations are failing to provide a cyber-safe environment. Recent data breaches and thefts related to messaging apps including WhatsApp have created a sense of urgency for both corporations and individuals to step it up when it comes to protecting their data.

And let’s not forget the fact that in-person meetings have been swapped out for video conference calls through platforms such as Zoom and Microsoft Teams which are notoriously prone to attacks. Between February to May of last year, more than half a million people were affected by privacy breaches related to this technology.

This is part of the reason I’m so interested in a Swiss-based company known as GlobeX Data, (OTCQB:SWISF)(CSE:SWIS)(FRA:GDT). GlobeX is a leading provider of cybersecurity and internet privacy solutions, offering ironclad data management and secure communications capabilities to customers worldwide.

Last month, I had the good fortune of sitting down with Founder and CEO of the company, Alain Ghiai, who shared some exciting news about GlobeX’s Sekur platform – a cloud-based, cybersecurity and data privacy app available on iOS and Android devices. The app bundles secure email, messaging and file sharing capabilities which are all protected by military-grade encryption.

In April, GlobeX finalized a Sekur distribution deal with a major, publicly listed telecom conglomerate in South Asia that operates across several countries and has a subscriber base of over 150 million.  This is the second distribution agreement that GlobeX has secured with a major telecom provider, the first of which was América Móvil, the 7th largest in the world, and the largest in Latin America. Other major partnerships include U.S.-based real estate firm RE/MAX and SYNNEX Corporation – a leading worldwide distributor of IT equipment.

Furthermore, Tormont Group recently issued a research report on GlobeX that included several positive findings. Among these findings included the fact that the company runs a lean cost structure: fixed costs currently sit at C$95,000 per month, and these costs are predicted to trend downward over the next 18 months to hit roughly C$65,000. This means that the company only needs to generate annual revenue of approximately C$0.8 million to reach cash flow breakeven, which is extremely attainable considering the partnerships in place and uniqueness of the company’s offerings.

The report also estimated that monthly cash flows generated from five major customer partnerships could reach roughly C$530,000 per month, and the company could generate operating cash flow at a C$6 million annualized pace by the end of 2022.

Gaining traction on a global scale

Last month, GlobeX was excited to announce the start of a U.S. mass market launch by signing an agreement with Reason.com – a leading U.S. libertarian publication that provides insights on technology, culture, policy and commerce to viewers and listeners. The Reason.com website receives an average of 5 million views every month, while their printed publication has a subscribership of approximately 46,000.

Sekur will be featured through a series of paid infomercials that will appear as part of a podcast series known as The Reason Roundtable. The podcasts will be delivered on a weekly basis, and a total of 31 infomercials will appear through to the end of December.

As part of the deal, GlobeX has received a minimum guarantee of 23,000 downloads per podcast episode, which will place the company in front of tens of thousands of listeners. GlobeX also plans to participate in several sponsored email ads with Reason.com. This agreement is just the beginning of GlobeX’s plan to spend US$250,000 this year as part of an overall strategy to build mass market awareness across the U.S. through the signing of multiple media contracts.

Picking up further steam, GlobeX was recently featured on SeekingAlpha.com as a global leader in cybersecurity and internet privacy. SeekingAlpha.com is the world’s largest investing community where over 20 million investors connect on a daily basis to share and discover ideas.

Sekur is not your average cybersecurity and data privacy app. Unlike most platforms, it doesn’t hook up to big tech – its not hosted by Amazon, Microsoft or Google. This means that it offers a truly independent, private and secure means of communication. No opensource coding is involved, and no phone number is required to access the app, so the user’s phone ID is never disclosed.

Through SekurMail technology, email messages are fully encrypted, even when data is shared with non-Sekur users. Users can add passwords to their emails, set a read-limit and a self-destruct timer. When the email is sent, it never leaves Sekur’s encrypted email servers based in Switzerland.

Through the Sekur bundle, users gain access to a highly encrypted communications tool known as SekurMessenger for private group chats, voice recordings, voice messages, and self deleting chat functionality that ensures nothing can be found on your phone. One of the features allows a Sekur user to invite non-Sekur users to chat in a fully private, secure space, and then eliminate all traces of the conversation, as if it had never happened.

Sekur offers a truly private, secure means of communication. Users can manage and create encrypted passwords, share and store files, email secure data, partake in group messaging, and much more, all with the protection of Swiss privacy laws and military grade encryption.

GlobeX has many more exciting plans in the pipeline including the upcoming launch of SekurPro – an encrypted, ultra-secure alternative to Zoom or Microsoft Teams platforms.  The company also plans to strike a number of new global partnerships.  Stay tuned at globexdatagroup.com/news.